Illegal immigrants and short-term visa holders claiming to be crime victims are eligible to get green cards.

Initially set up as a non-immigrant (short-term) visa so foreign nationals could stay in the country while they assist law enforcement with criminal prosecutions and investigations, immigration advocates rallied congressional members to turn the visa into a path to citizenship – and like the VAWA green card – this is open to any foreigner making a simple allegation of being a crime victim. They do NOT need to be helping with pending law enforcement investigations or prosecutions, and this is no longer a "visa," but a full, legal path to citizenship.

This program has proven so successful that California politicians created a law whereby state taxpayer funds are diverted to help with the immigration process of any foreign national claiming to be a crime victim.

California, the state with the largest number of illegal immigrants in the nation, has successfully used this provision to provide amnesty (get legal immigration statuses) for large numbers of its illegal immigrant community. By law, state taxpayer funds are diverted to any foreign national claiming to be a crime victim to help them with federal immigration proceedings.

Most Americans have no idea that the fastest, most common way to get a green card is by marrying a U.S. citizen. Therefore, when an American falls in love, they rarely think beyond the promise of building a life with someone they love. Other Americans simply use a fraudulent green-card marriage as a criminal opportunity to make some money -- or maybe even a chance to help out someone they know.

Americans are at a distinct disadvantage in understanding the risks of making a bad match. Many have realized too late that they simply handed over their assets through the legal marriage contract, were lied to about a spouse's birth control status, faced false domestic violence allegations (since that an even quicker path to green cards and citizenship), and were forced to pay expensive legal bills for divorce, custody, false allegations of abuse or criminal defense when immigration officials find they're complicit in such fraud.

Foreigners and illegal immigrants often use short-term or fraudulent marriages to gain U.S. green cards and citizenship. Many foreign-born terrorists have utilized benefit application fraud -- especially marriage fraud -- to provide them with unfettered access to the United States, U.S. citizenship and U.S. passports.

Once foreigners gain legal statuses, they can be victimized by fraudsters, as well. Many defrauded Indian Americans, as well as Russians and Latinos, have spoken out about such fraud within their own community.

The Two-Year Requirement to Combat Fraud

Prior to 1986, the Immigration and Naturalization Service (INS) was required to provide a “green card” (legal residency) to spouses of U.S. citizens regardless of the length of their marriage; a short-term marriage was not proof of fraud under the law. In Dabaghian v. Civiletti (1979), a federal appeals court held that an Iranian man had a right to a green card even though he was separated from his wife when the INS granted it to him -- just four or five months after tying the knot to his American bride. One month after obtaining a divorce, Dabaghian remarried and sponsored an Iranian wife into the United States, a common pattern in immigration fraud. Once a foreign national obtains a green card, he or she can immediately sponsor family members or a new spouse into the country.

Rulings like Dabaghian  put the onus on the INS to provide a lot of legal and investigative resources for each green-card marriage that was challenged. But when the General Accounting Office (GAO), the investigative arm of Congress, warned that 30 percent of all marriage-based immigration was fraudulent in 1985, Congress came to the rescue. The following year, a two-year marriage requirement was created for all marriage-based green cards.

But the problem of rampant marriage fraud was not solved.  Immigration officials and investigators now admit that sham marriage arrangements just got more complex. Some immigrants spread out payments to American “spouses” willing to marry them for cash. Other immigrants dupe Americans into what the American thinks is a legitimate marriage, only to have the marriage mysteriously dissolve at two years.

Ignoring the Two-Year Requirement -- and the Evidence

Thanks to lax evidentiary and due process requirements added by subsequent immigration laws, a new trend involves making false domestic violence allegations to bypass the two-year marriage requirement. Not only does a foreign spouse not have to prove they were emotionally or physically abused, but they're not even required to be interviewed. Their American spouses and their spouse's family members cannot submit any evidence to immigration agents and are not allowed to be interviewed or contacted by immigration officials. As a result, this has been a successful way for shady foreign spouses to hide criminal activities and fraud.

Government officials repeatedly warn that marriage fraud remains "rampant." Yet, Congress has refused to reevaluate the lax marriage-based immigration laws that provide a gaping loophole and easy access to U.S. citizenship. By 2004 – long after officials found marriage to be a key way for terrorists to gain U.S. citizenship -- the DHS was still investigating only 1 percent of all green-card marriages. (The DHS stopped releasing data for subsequent years once this rate was published.)

The International Problem of Marriage Fraud

Canada, France and the United Kingdom are among the numerous countries attempting to revise marriage-based immigration laws to combat widespread fraud. The U.K. and South Africa created a five-year marriage requirement years ago to combat immigration fraud. The Bahamas requires a ten-year marriage. Permanent residency is revoked in some countries if a couple divorces within two years of one acquiring marriage-based residency.

False Allegation Green Cards for All

Far Too Many Ways to Commit Fraud ...

Marriage Fraud: How Bad Is it?

"The Asylum Seeker" (The New Yorker, August 1, 2011)
She was a twenty-something African immigrant without papers ....Caroline was living three lives: as Cecile Diop, a woman with papers who had been in the country for ten years; as Caroline the African rape and torture victim; and as herself, a middle-class young woman who wanted to go to college and make a life in America. It was a continuous exercise in willed schizophrenia ...

A Chinese woman walked into a law office in New York’s Chinatown and asked to see her lawyer. She had applied for asylum, claiming that she had been forced to get an abortion in China to comply with the country’s family-planning laws, and she was anxious about her coming interview with immigration officials. She had good reason to be worried: Her claim, invented by her lawyer’s associates, was false...

A change in law has led to a steady increase of unaccompanied minors since they can't immediately be deported. Many of those minors have been sent for by illegal immigrant parents (who pay "coyotes" to bring them to the border) seeking to take advantage of changes in the laws and leniency in enforcement.

USA Today article (2104): "Under a 2008 law, unaccompanied children from countries that don't border the U.S. are placed in deportation proceedings, but they cannot be sent back to their home countries until they are given a chance to appear in front of an immigration judge who will decide whether they can remain in the U.S. The consequences for those who don't show up can be severe; a judge can order them deported immediately ... Earlier this year, Arizona's two U.S. senators, Republicans Jeff Flake and John McCain, claimed in interviews that nine out of 10 juveniles skip their immigration hearings."

Lying about citizenship to get or maintain employment, or receive benefits. 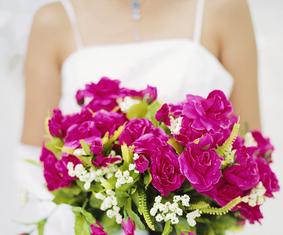 Not a Victimless Crime

Seeking Asylum or to Sponsor "Relative"