Washington, D.C. - Ignoring evidence of widespread fraud and national security loopholes, House Democrats introduced a reauthorization bill for the Violence Against Women Act (VAWA). The bill keeps the status quo, whereby foreigners can self-petition themselves into the country based solely on their own statement that they've been emotionally or physically abused. Since the existing law bars American spouses and their families from being interviewed in this self-petitioning process, the ease and incentive for fraud remains high. The law is set to expire on September 30 and VAWA must be reauthorized every five years.

The FBI reached out to American whistle blower Elena Maria Lopez about a cluster of these VAWA cases in late 2016 since self-petitioners successfully bypassed background checks and hid criminal activities during the VAWA process. Some of these "newly minted" green card holders then quickly remarried U.S. military or military contractors in sensitive positions. (See "White House" story below.)

Lopez warned the White House about these specific cases in June 2018; She first started alerting congress and various government departments about these individual cases in 2012 when she noticed the pattern.

FBI Concerned about Such Cases, Yet Loopholes Remain

Washington, D.C. - Foreign criminals successfully bypassed background checks, investigations and interviews to gain U.S. citizenship and  green cards; After fraudulently gaining green cards through such loopholes, these foreign nationals immediately married military personnel with high-level security clearances. The FBI was so concerned with such cases that it reached out to an American whistle blower last year about the cases.

Through a well-known domestic violence immigration provision, foreigners are given fast-tracked green cards based on a simple, unsubstantiated allegation of emotional or physical abuse while in the United States. As part of the landmark Violence Against Women Act (VAWA), alleged American abusers are not allowed to submit evidence contradicting such claims or provide evidence when discovering the foreign national engaged in fraud or criminal activities.

Immigration authorities issuing such green cards are not required to investigate such claims; Interviews are rare and a simple letter by a foreign petitioner is enough to approve such a coveted green card.

The F.B.I. reached out to a self-described whistle blower, Elena Maria Lopez,  about several of those cases 18 months ago. Yet nothing has been done to date to close such loopholes.

"Although we discussed a diverse set of immigration fraud cases, one thing was clear:," said Lopez. "The 'domestic-violence green card,' created by the Violence Against Women Act (VAWA), cleared the slate on all of these types of fraud by allowing foreign nationals to hide criminal activities, fraud and background checks -- and the Americans trying to warn the government of such fraud were legally barred from submitting evidence or being interviewed."

VAWA and U visas allow any foreign national to sponsor themselves into the country with no evidence, investigations or interviews. With 12 million illegal immigrants desperately trying to acquire a legal status -- and countless others trying to get into the country --  U visas and VAWA green cards are catching on.

The lack of due process provided to Americans within the immigration process shocked White House and congressional staffers, alike. The American victims showed the adverse impact of allowing false crime (U visa) or domestic violence (VAWA) allegations to provide fast-tracked federal benefits without investigations or evidence. American citizens have lost jobs, security clearances, custody of their children, and have been forced to pay exorbitant legal fees to defend themselves in local and state courts as their spouses were fraudulently seeking federal benefits.

​June 2018: U.S. citizens from around the country met with White House staff to warn the administration of widespread fraud and security risks in granting "domestic-violence green cards" without evidence, investigations or interviews. (Full details in press release below) 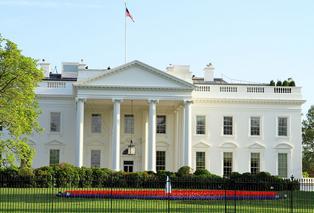