"... my husband became abusive toward our children and threatened to take them back to the Czech Republic if I did not sponsor him for his green card ... Facing deportation for marriage fraud, a charge leveled by the federal government, my husband, a former professional hockey player, at 6’2” tall and over 200 lbs., self petitioned as a battered and abused spouse."​ 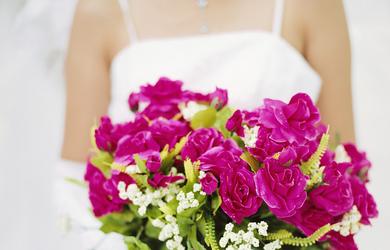 NO evidence, investigations or interviews required​

Close Path for Criminals to Get Quick Green Cards 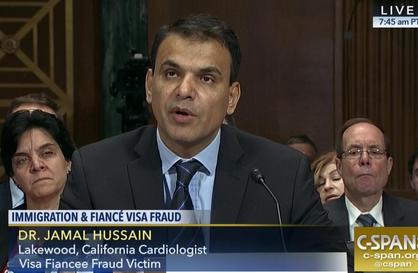 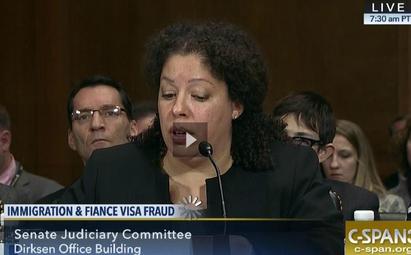 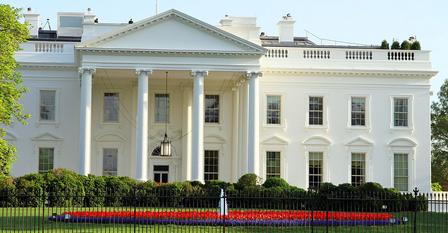 "A few minutes later, I was looking down the barrel of a rifle ...  I hired a retired FBI special agent as a private investigator. ...I figured if we clearly documented that Erik was inadmissible to get a green card in the first place, involved in criminal activities, lied on immigration forms, tried to kill me, repeatedly threatened me, and committed marriage fraud, the feds would have to do something.  I was wrong."

"... my fiancée indicated that she did not need me any more to get her green card and boasted that she can get it quicker in other ways. I thought she was joking ... During this time, my family in Pakistan has been harassed and threatened by her father and brothers. One of her brothers threatened to kidnap my niece.."

The FBI was so concerned with such cases that it reached out to the American whistleblower about the cases ... (Read more)

Did they actually interview the 1,800 applicants?

Will all 1,800 green cards be denied based on the blatant fraud?

Historically, the answer has been a resounding "no"